The Blue Hope Bash is a benefit for the Chris4Life Colon Cancer Foundation (C4L). Michael Sapienza founded C4L in 2009 after his mother Chris passed away from the disease. Held annually in October in Washington, DC, funds raised at the Blue Hope Bash are used to support colon cancer research, public awareness and patient care. As C4L grows, the goals of the Blue Hope Bash are to create and sustain a buzz surrounding the mission of the foundation through top-of-mind awareness, to engage and increase the foundation’s support base and to create a can’t miss experience that will draw previous as well as new guests to the Bash. The event is now Chris4Life’s largest annual fundraising event. Each year attendance and fundraising has increased and over the course of five years, the event has raised approximately $1,250,000 to support the foundation’s programs.

Evening with the Stars Celebrity Waiter and Waitress Event was a benefit for the United Medical Center Foundation. Local celebrity hosts were paired with professional Four Seasons servers as they interacted with guests to raise funds for the foundation. Celebrity participants included Anita Brickman from WUSA-TV 9, Jennifer Donelan from WJLA-TV 7, Jill Sorensen and Chick Hernandez from Comcast SportsNet, Jimmy Alexander formerly of Mix 107.3, Councilmember David Catania and former Washington Redskins Darryl Pounds and Dexter Manley. The United Medical Center Foundation had the task of increasing community awareness for the United Medical Center, the only hospital that serves residents of Ward Seven and Ward Eight in the District of Columbia. Event goals were to create a buzz surrounding the United Medical Center Foundation and the hospital through top-of-mind awareness and maximum media exposure, to raise money for the foundation and its programs and to add celebrity “star power” to increase the visibility of the event. A unique fundraiser was developed and over 200 guests attended the inaugural event.  Media coverage included Comcast SportsNet, Mix 107.3, Bisnow, and Pamela’s Punch. 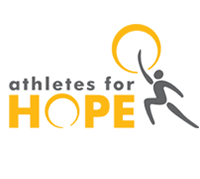 Athletes for Hope (AFH) is a non-profit that was founded by an elite group of highly philanthropic professional athletes who are as dedicated to achieving excellence through their charitable work as they are to their respective sports. The vision of AFH is to empower the sports community to make a difference and to inspire others to pass on their passion for philanthropy. DC Sports for Good was AFH’s first fundraiser in Washington. Celebrity participants included Lorenzo Alexander of the Arizona Cardinals (formerly Washington Redskins), Leigh Bodden formerly of the New England Patriots, former University of Maryland basketball stars Laron Profit and Tony Massenburg and Comcast SportsNet’s Chick Hernandez. Approximately 200 people attended the inaugural event and were able to interact with the athletes in attendance. The “Pros” and “Joes” played games including pool, darts, and shuffleboard while raising awareness and support for AFH and its mission. The Washington Post, Comcast SportsNet, WTTG-TV Fox 5, and Bisnow covered the event. 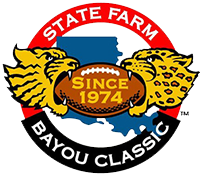 BAYOU CLASSIC AND BATTLE OF THE BANDS

Dubbed the “Granddaddy” of black college football, the State Farm Bayou Classic showcases the longstanding intrastate rivalry between the Southern University Jaguars and the Grambling State University Tigers. This event is more than just a football game – it is an extravaganza celebrating historically black colleges and universities, school pageantry, tradition, sportsmanship, marching bands, academic achievement and competition. The game is the only historically black college and university football game to air nationally on NBC. Approximately 50,000 people attend the State Farm Bayou Classic annually. The profile of the ancillary events was raised to attract additional people who were not interested in the game, but who wanted to come for the experience. Select media coverage included the New Orleans Times Picayune, the Chicago Sun Times, ESPN (SportsCenter, ESPN News, ESPN Game Day, ESPN.com) and local NBC, ABC, CBS, and Fox affiliates throughout the country.